These stats and trends point to one conclusion: The 65-and-older age group is expected to become larger and have more influence in the future. Have you made arrangements for health care? Are you comfortable with your investment decisions? If you are unsure about your decisions, maybe it’s time to develop a solid strategy for the future.

26% of workers now intend to keep working until age 70 and beyond. And 10% don’t intend to retire at all. 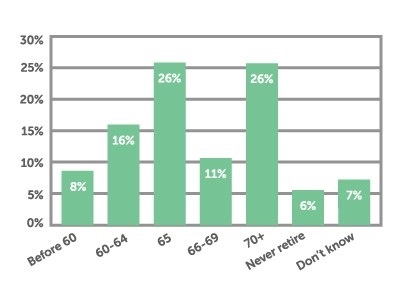