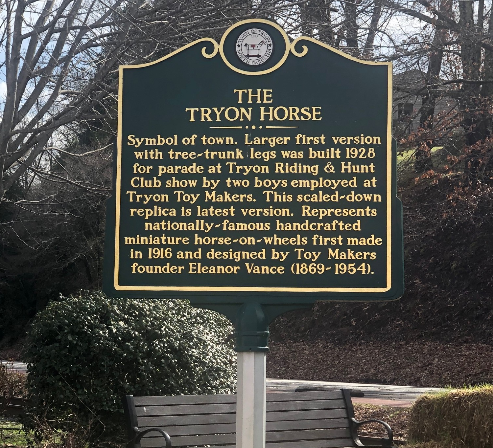 The town of Tryon was named after North Carolina’s Colonial Governor William Tryon, who held office from 1764-1771. In 1877 the Southern Railway was laying track from South Carolina seaports to North Carolina, Tennessee and the Ohio Valley. It was at the peak of construction when Tryon received its town charter in 1885.

A famous resident of Tryon is Morris the Horse or The Tryon Horse. Morris is a large toy wooden horse located on Trade Street in downtown Tryon and has been the town mascot since 1928. He was built by two workers at the Tryon Toy Makers shop for the 1928 parade held in conjunction with the Tryon Horse Show. Today you can see Morris’s image displayed all around Tryon.

Tryon is also the birthplace of pianist, singer, composer and activist, Nina Simone. Her statue is located on Trade Street. 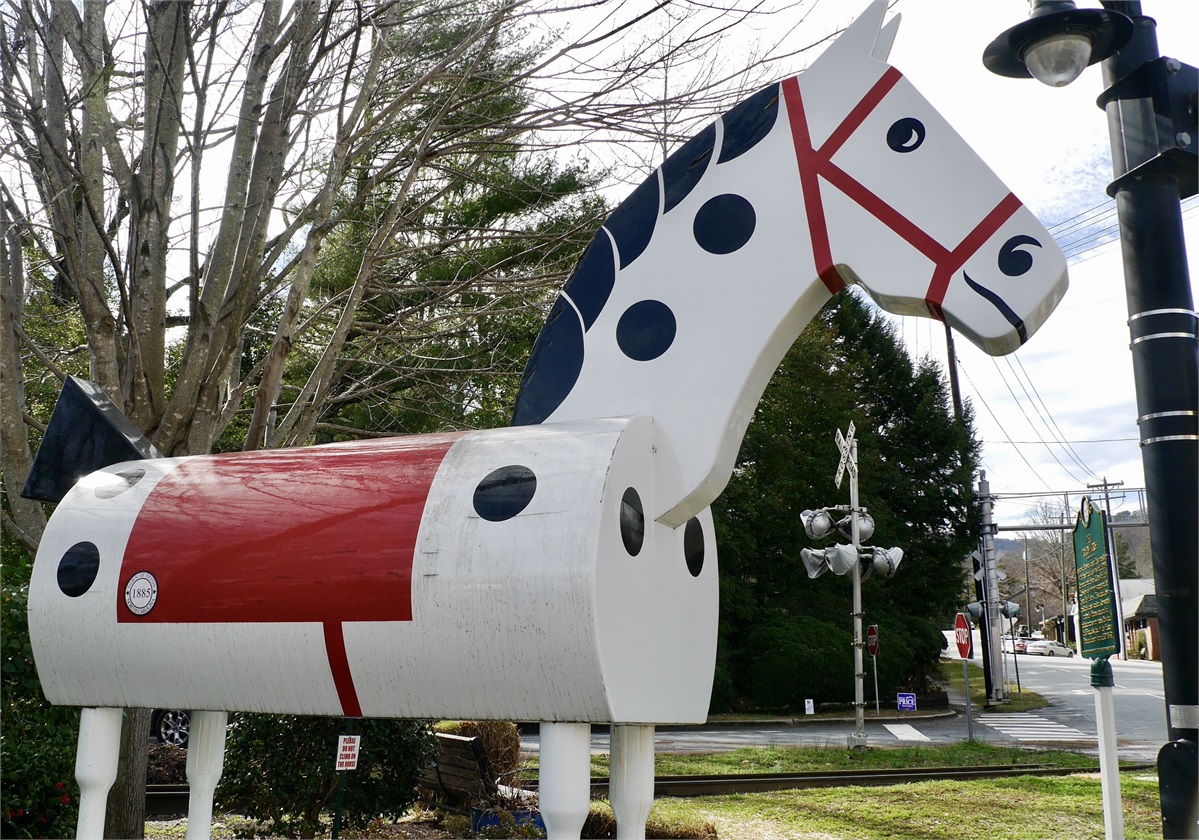 Some other favorite spots around town are Roger’s Park and Harmon Field. Rogers park is a 200 seat amphitheater and reception gathering area. Small creeks and short trails meander through the park amongst its rock walls and beautiful landscaping. Along the Pacolet River at Harmon Field, you will find log cabins, covered picnic areas, a fishing deck, playground, horseshoe pits, tennis courts, baseball fields and horse show arenas. Both lovely places to spend a relaxing day.

Tryon has been a center for equestrian competition since 1925 when a gentleman by the name of Carter Brown came from Castle Park, Michigan and founded the Tryon Horse and Hound Show. Every year, hundreds of competitors and thousands of spectators enjoy what is now known as the Tryon Horse Show.

These are some of the reasons that Mike Ashworth decided to make Tryon his home in 2010. A sure sign was when the final stop on his tour of Tryon was the elementary school where his children attended. The playground had gotten run down over the years and really needed an update. He was a little concerned, but wanted to tour the school because it was a School of Excellence. He did take the tour and as they were leaving, the woman touring them walked outside with them and said that the teachers had been donating a little money each week in order to build a new playground. Mike knew this was something he wanted to be a part of and has assisted with various projects around the community. Anything that benefits the kids in the community has a place in his team’s hearts.